Sailing in the British Virgin Islands

The chill out charter.

British Virgin Islands at a glance

The BVI’s are the most beautiful, relaxing and stress-free sailing destination in the Caribbean. The pink sandy beaches are perfect for sunbathing, beachcombing and snorkelling, while every anchorage boasts fun island pubs ready for happy hour. Sailing in the BVI’s is without doubt a chill out charter.

Sailing yourself The British Virgin Islands are a great yacht charter destination for all levels of sailor with easy line-of-sight passages, short island sailing hops and mild wind conditions.

Your choices for sailing in British Virgin Islands

When to enjoy sailing in the British Virgin Islands

The winter months and Christmas trade winds from December to May, allow for easy sailing conditions. High season is from November to mid April, when the weather is dry and comfortable. The hottest time of year and hurricane season is typically from July to November.

A sailing license or certificate is not mandatory for sailing in BVI on a yacht charter or bareboat charter but you will be asked to provide a sailing resume. For a luxury charter, skippered charter or cabin charter, you do not require any experience or certification.

Depending on your sailing in BVI itinerary, visit some of these tropical highlights. 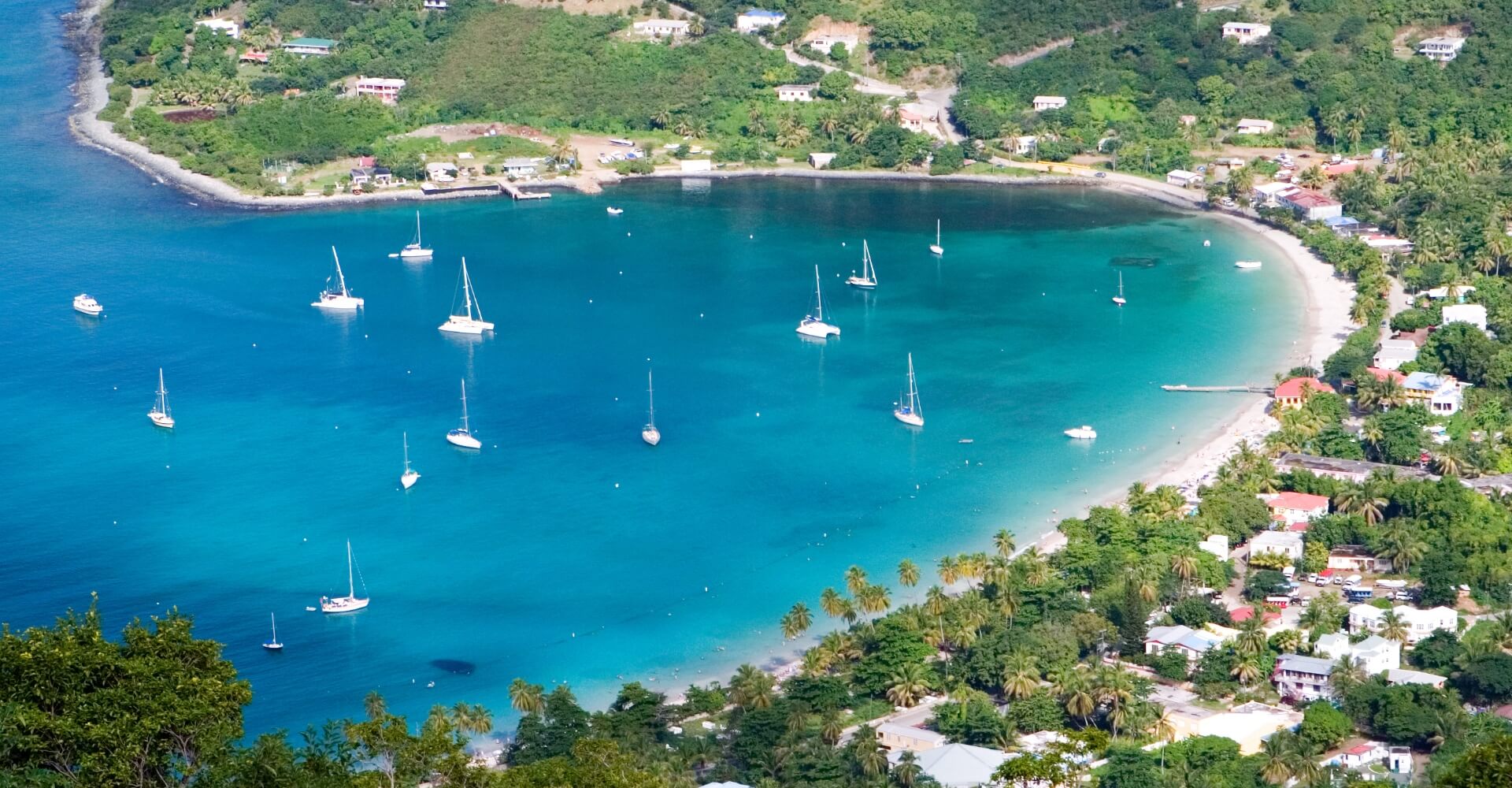 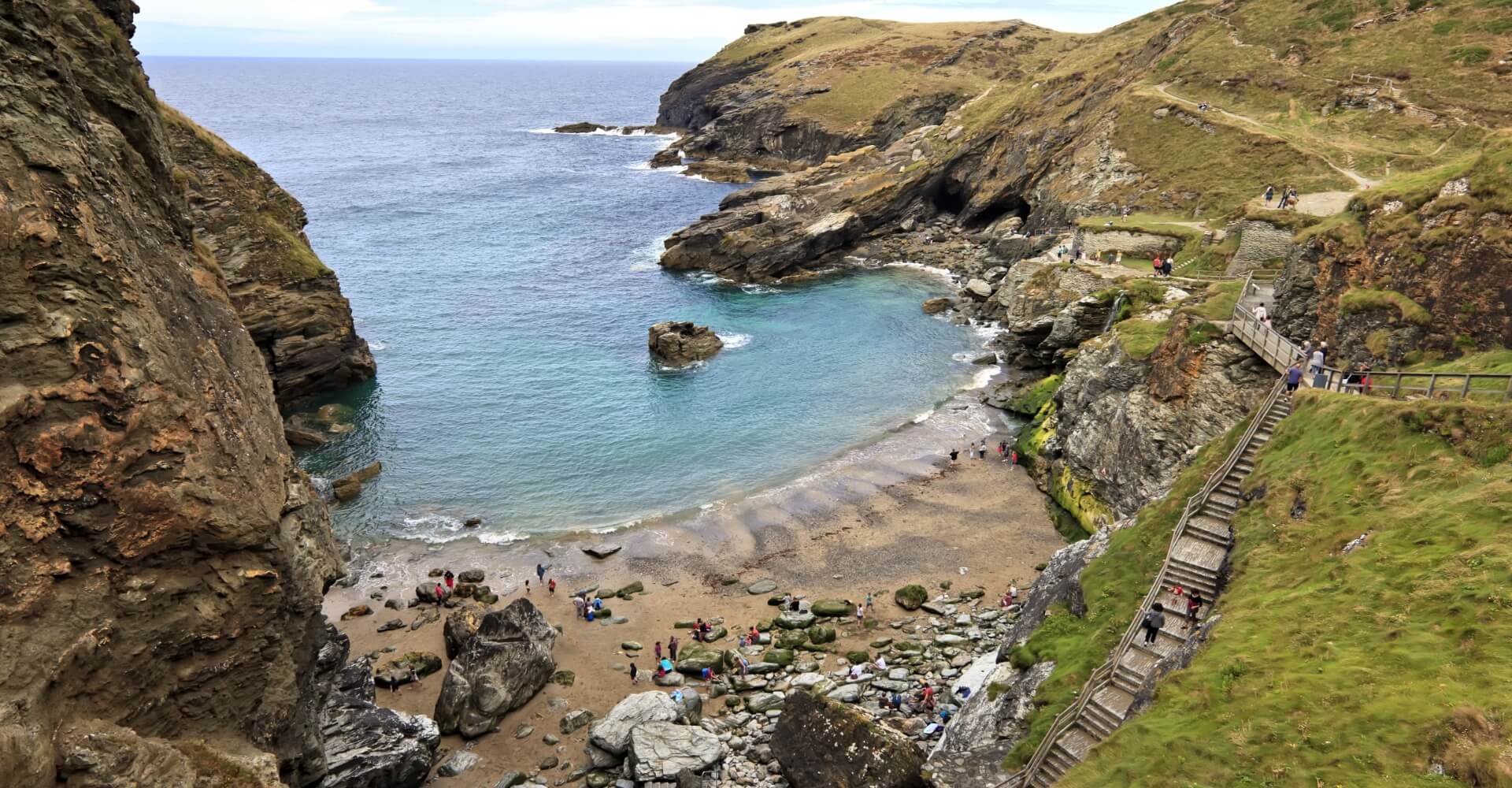 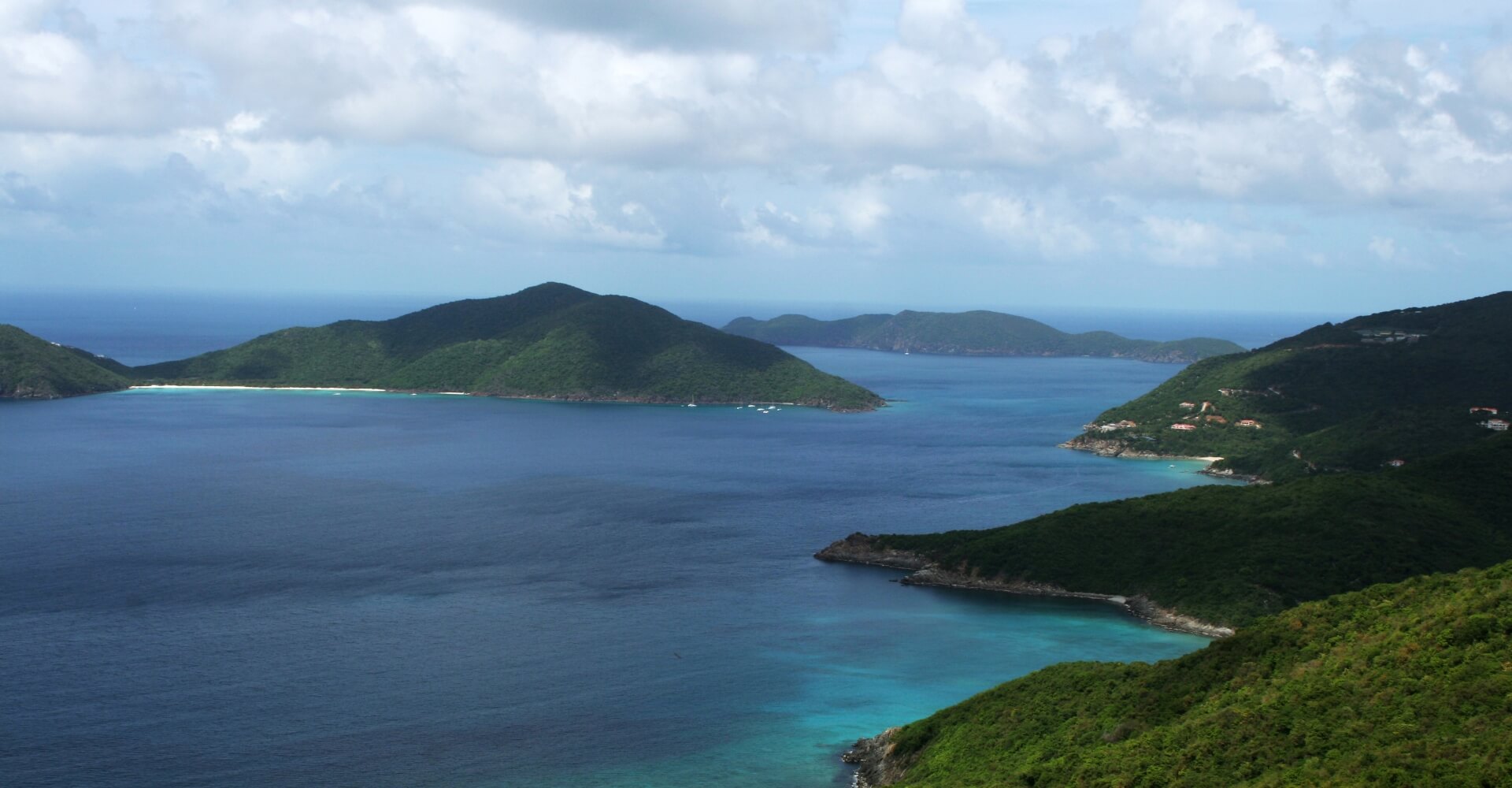 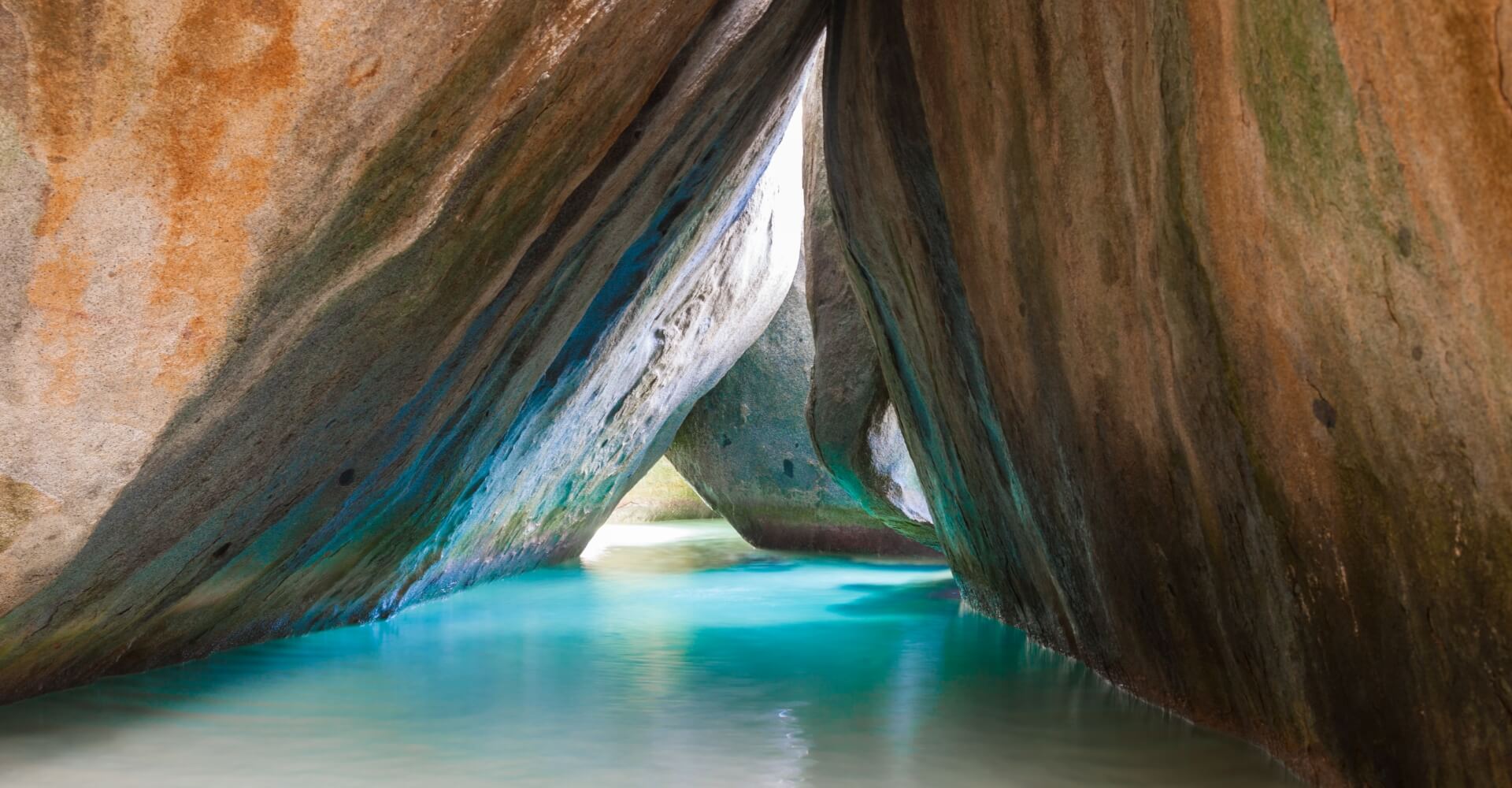 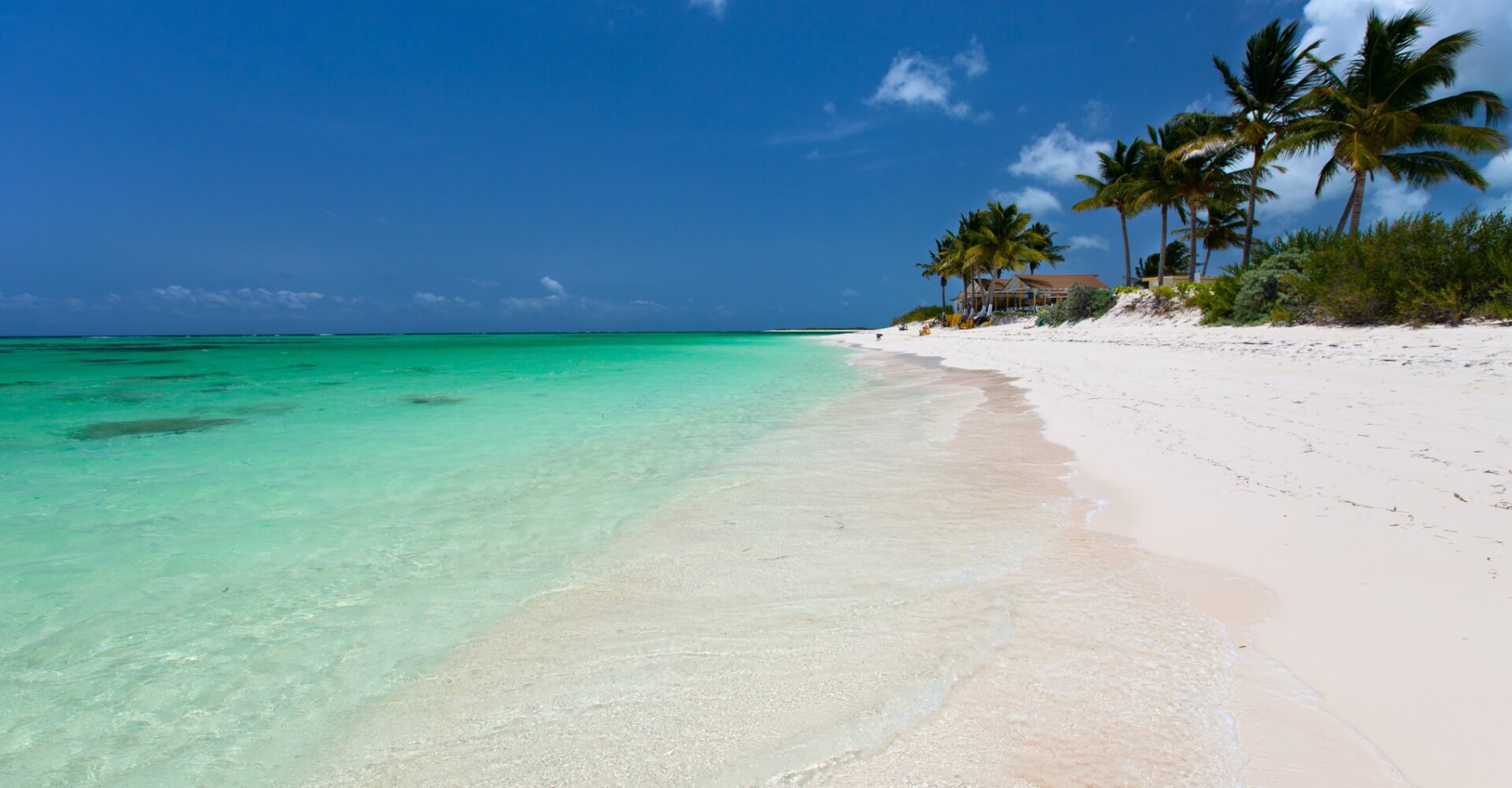 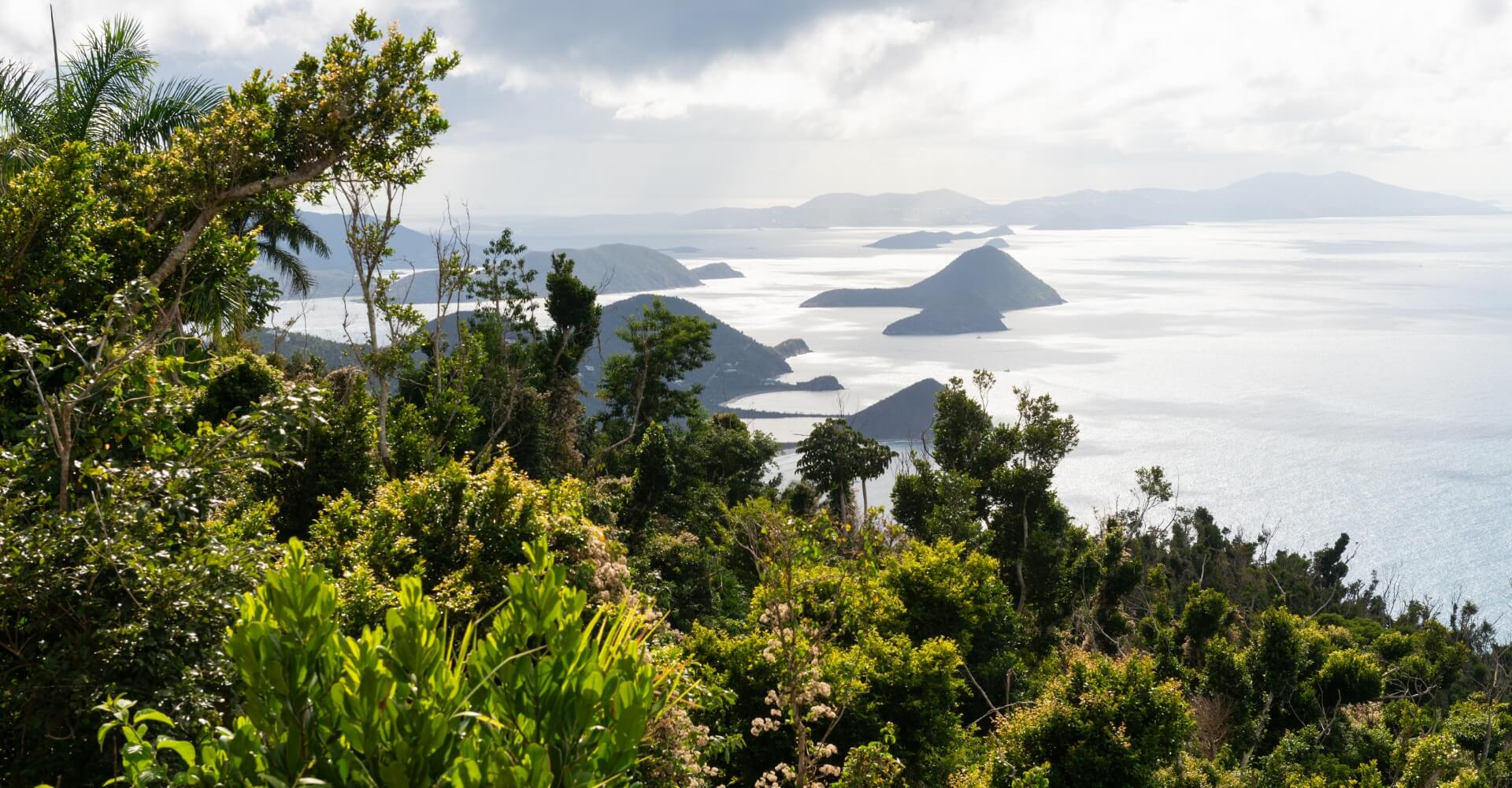 Tortola is the arrival point and the largest island in the BVI . Named by the early Dutch explorers, it later became a pirates haunt with both the notorious Captain Kid and Blackbeard having resided on the island. Smuggler's Cove, Long Bay, Cane Garden, Brewer's and Josiah's Bay are the best beaches and all worth exploring. Tortola has a multitude of marinas and fleets of charter boats and as a result there are many hotels and tourism services around the island and in the capital Road Town.

Norman Island features the famous caves, which are believed to be the inspiration of Robert Louis Stevenson's book Treasure Island. Party aboard the boisterous floating restaurant Willy T's, which is permanently moored in the middle of the bay. Nearby the Indians, four tall volcanic pinnacles that plummet into the sea and resemble an Indian headdress of feathers. Diving and snorkelling around these sea cliffs is a must.

Salt Island is home to the RMS Rhone shipwreck, which sank in a hurricane in 1867. Listed among the world's 10 best scuba dives, the site was featured in the Hollywood movie The Deep. The 300ft wreck is great for snorkelling and can be explored further by scuba diving. Salt island gets its name from the salt ponds ashore which make for an interesting hike.

The most recognizable part of Virgin Gorda island are the Baths, which are a unique geological formation of giant granite boulders lining a shoreline pathway. This fantastic hike leads visitors under the immense boulders into caves and grottos over a carpet of white sand and warm tidal pools. After exploring the caves a stop at the Bitter End anchorage is a must. to sample famous Pusser’s rum punch and danceto the beat of a Steel Drum Band.

Anegada island and the extensive barrier reefs surrounding it cradle the Virgin islands, protecting them from the open Atlantic wind and wave. The 14-mile distance from Virgin Gorda to Anegada is the longest passage within the BVIs. Anegada reveals itself a huge flat coral atoll and renting a car or dune buggy, is the best way to access miles of powdery pink sand beaches on the windward coast. Superb snorkeling and succulent lobster restaurants await you at Loblolly Bay.

Jost van Dyke named after a Dutch privateer, is a great place to lounge away the afternoon in a hammock under a shady palm tree. Spend happy hour at Soggy Dollar Bar in White bay, sipping their world famous concoction -the rum and pineapple infused Pain killer. For a lively music and a delicious seafood or steak dinner, don’t be late to place your order at Foxy's restaurant and bar!