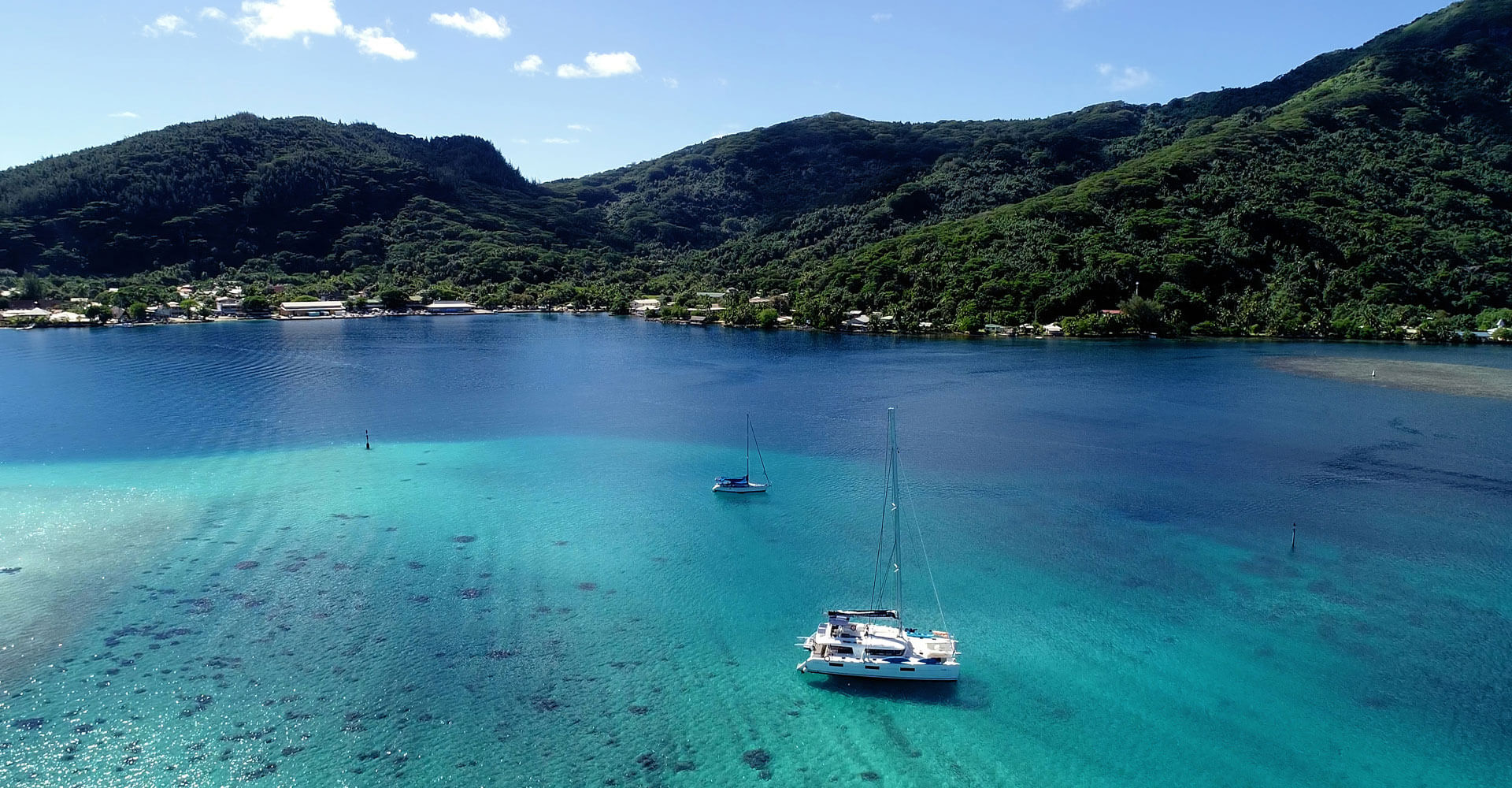 Count the fish on a sailing vacation in French Polynesia

It’s time for your sailing vacation in French Polynesia. You have read your itinerary; you’ve checked the most incredible places to visit and beaches to relax on; you’ve packed your bags –but nothing can prepare you for the exceptional marine life you will see in French Polynesia!

There are roughly 1100 species of fish known to marine scientists  in French Polynesia. The fish species inhabit four main ecosystems: fresh waters, lagoons and reefs, deep seas and the deep-sea field. The deep seas being the least explored ecosystem suggests the number of known species is significantly lower than the actual aquatic life that exists there. Some of the fish you can only see in the water but others make their way to the dining table as part of the traditional cuisine. Your sailing vacation in French Polynesia won’t be complete without a finger-licking fish dish or two.

Parrotfish is a family of approximately 95 species in the Indo-Pacific region. Parrotfish inhabit the blue lagoons of Polynesia. It salutes people with a distinctive toothy smile. This is due to the fact its dentition is formed externally on it jaws making it look like a parrot’s beak. Similar to the parrots, its appearance is bright and rainbow like. They are mostly herbivores and help maintain the health of the coral reefs. Parrotfish are a prized dish in French Polynesia.

The Butterflyfish is a small fish which tourists can spot while diving in the lagoons. Their distinctive bright colouring of yellow, white, black, red, and orange and their deep but narrow bodies make them well-noticeable among the other water inhabitants. 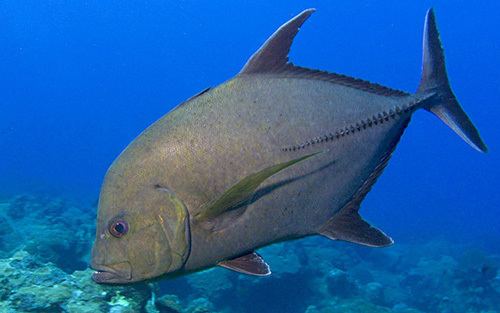 Blackjack or black kingfish is another fish abundantly encountered in the calm waters of French Polynesia; however, it doesn’t like shallow water so they are more likely to spot while sailing than when anchoring offshore. Unlike its neighbour the parrotfish, the jack appears to wear a silver-grey body armour. Jack’s almost black fins, grey to black scutes, and steep-profiled head make it look like a medieval sea knight. Blackjack like the parrotfish finds its way to Polynesian table and is favoured by locals and tourists alike. 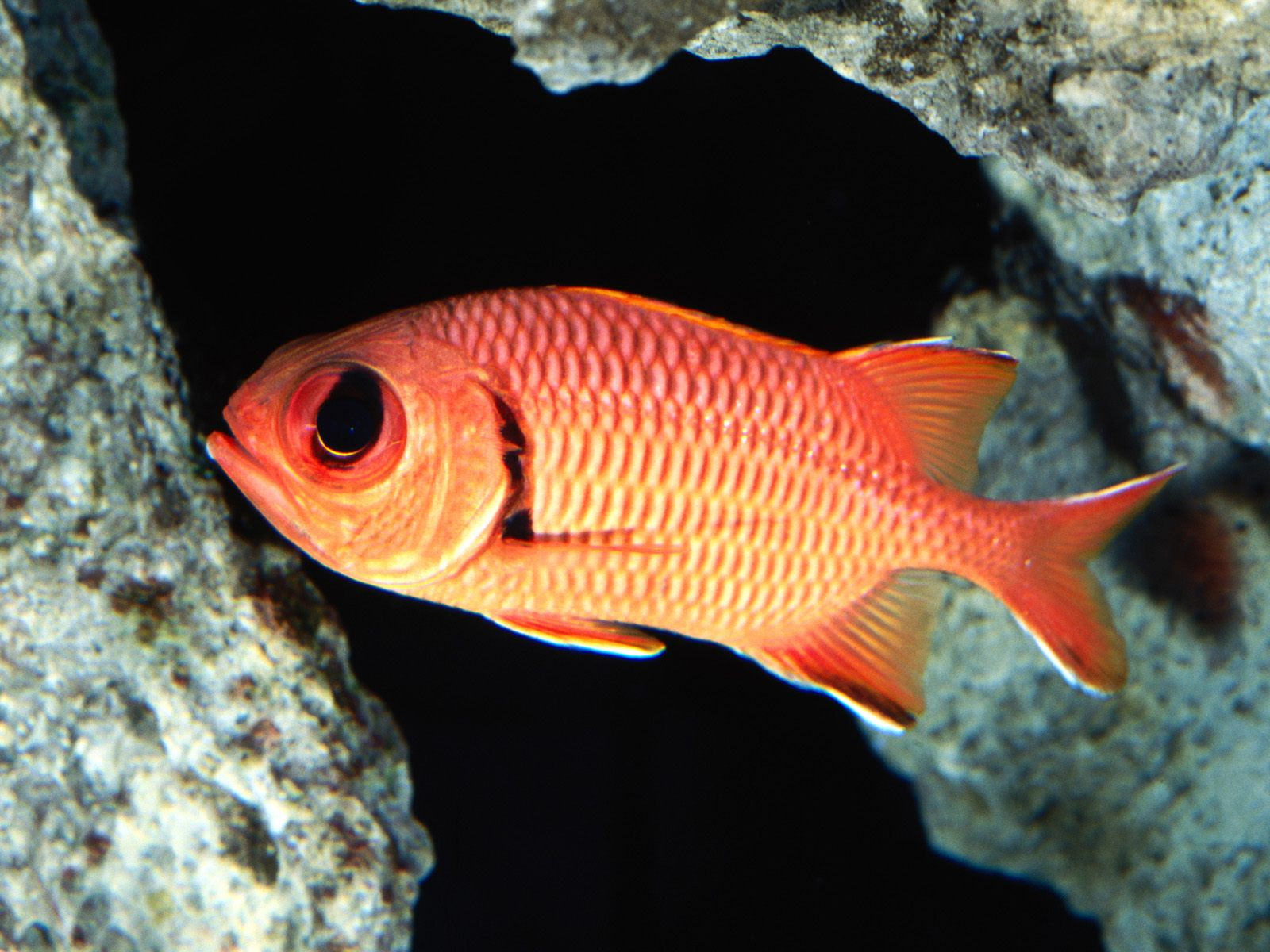 The Squirrelfish is a member of the ray-finned fish family. They are nocturnal fish which stay alert while the rest of the reef inhabitants sleep but hide in caves and under ridges during the day. They are predominantly coloured in silver and red and appear defenceless and benevolent. However, some species have venomous spines near the gills. Squirrelfish are also part of the traditional Polynesian cuisine. 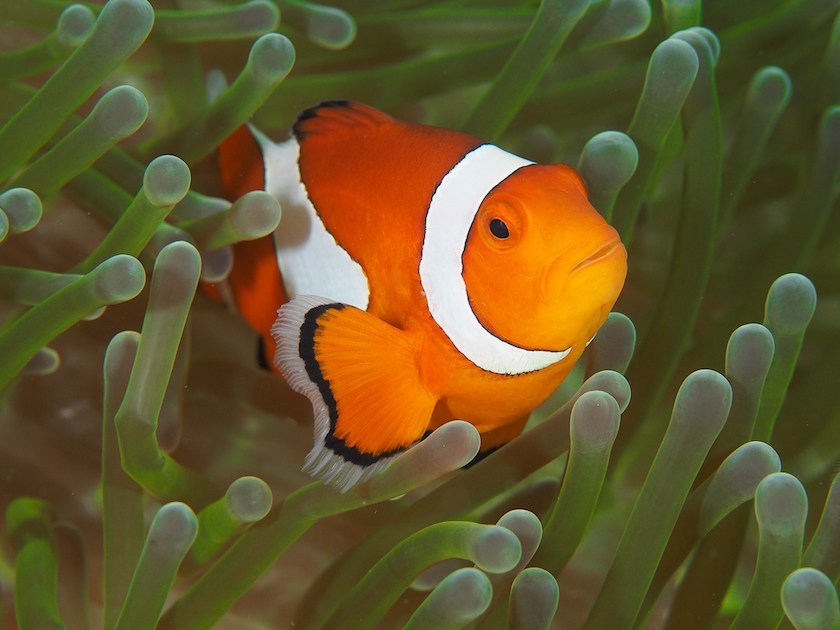 We can’t finish without mentioning one of the most famous, loved fish out there— Nemo, the Clownfish. Clownfish are also called anemone fish since they lead comfortable, symbiotic lives among the tentacles of the toxic anemones. The remarkable colouring of red, white, and black delights the eyes of the divers who are lucky enough to meet them.

Now you know your fish…it’s time to set sail on a sailing vacation in French Polynesia!